Attachment is the strong, long lasting bond that develops between a baby and his or her primary caregiver.  The caregiver can be a parent or another type of primary carer, for example, a grandparent or foster carer.

An insecure attachment bond prevents a child’s developing brain from organising itself in the best ways.  Insecure attachment can inhibit emotional, mental, and physical development, leading to learning difficulties and problems with forming relationships in later life.

More than 1,900 people responded to the Relationships Australia online survey in July 2016, with more than three-quarters of survey respondents (77%) identifying as female.

As was the case for last month’s survey, more females than males responded in every age group (see figure 1 below).  Eighty-three per cent of survey respondents were aged between 20‑59 years, with just under two-thirds (60%) of responses contributed by women aged between 30-39 years (inclusive).

The demographic profile of survey respondents remains consistent with our experience of the groups of people that would be accessing the Relationships Australia website, noting a small increase in the proportion of younger people answering this month’s survey. 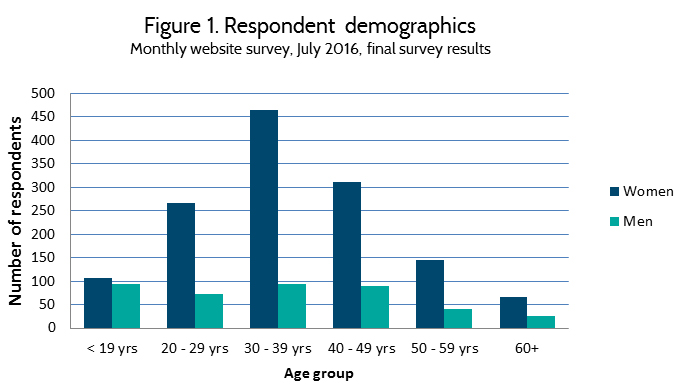 Survey respondents were more likely to prefer shorter courses when they had children aged less than 18 years, while longer courses were preferred by people with a youngest child aged over 18 years (figure 4).  Similar results were found when survey respondents were asked about their willingness to attend a course designed for parenting children of different ages to help them understand their child as they grow. 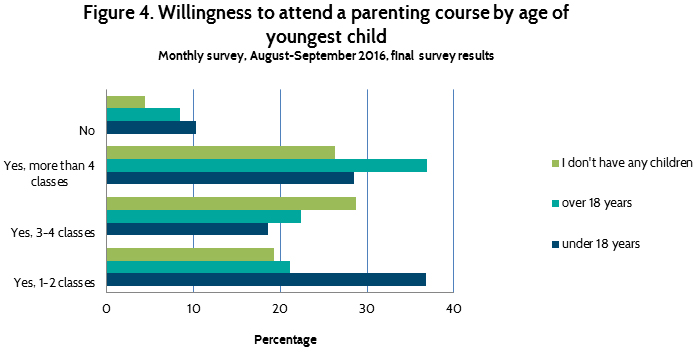 Finally, survey respondents were asked whether they would know where to go to for help if they were worried about their relationship with their baby or child.

A substantial majority of men and women reported that they would seek help from their doctor, maternal health service, or other community service.  Family, friends or the internet/written material were the next preferred sources of help.  Just under 15 per cent of men and 5 per cent of women reported that they would not know where to go for help if they were worried about their relationship with their baby or child.