In April 2016 we explored aspects of corporal punishment in the monthly online survey.  We noted that 37 countries have prohibited corporal punishment in all settings in legislation; however, it remains lawful in Australia for parents to use ‘reasonable’ punishment to discipline children.  The corporal punishment used by parents must be carried out for the purpose of correction, control or discipline, and it must be “reasonable” with respect to: the age of the child; the method of punishment; the child’s capacity for reasoning (for example, whether the child is able to comprehend correction/discipline); and the harm caused to the child.

The April 2017 online monthly survey reported that more than one-third of male (37%) and one-fifth of female (22%) respondents considered that parents should be able to use corporal punishment to discipline their children.  The survey also found that men (21%) were more likely than women (11%) to report that corporal punishment works in a more effective way to discipline children than other disciplinary methods that don’t involve physical pain such as time-outs, grounding, taking away privileges and extra chores.

The focus of Relationships Australia’s April 2017 monthly online survey was to further explore community views on other aspects of corporal punishment that may be used by parents to discipline children. 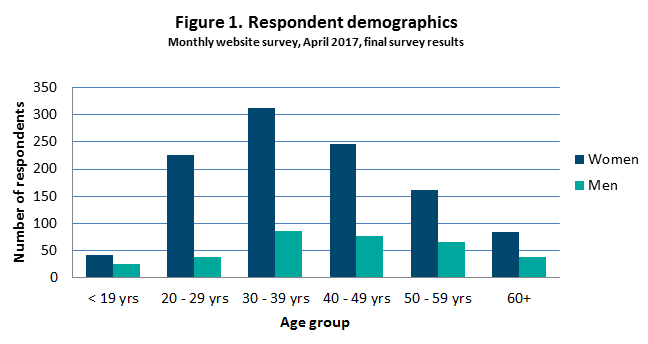 Survey respondents were asked about their own experiences of corporal punishment when they were children.   There were no significant differences between the reports of men and women, with four‑fifths (80%) of survey respondents reporting that they were smacked/corporally punished as children (figure 2).

There were also no significant differences between the reports of men and women in regard to smacking/corporally punishing their own children.  Of those respondents with children, just over fifty per cent (51%) reported they had smacked/corporally punished their own child (figure 3), lower proportions than those which were reported for the adult responder’s experience of corporal punishment in their childhood.

When asked about the use of instruments when smacking/corporally punishing a child, a substantial majority of survey respondents reported that they did not support this practice.  Men (17%) were significantly more likely than women (8%) to report that it was reasonable to use an instrument such as a wooden spoon to smack/corporally punish a child (figure 4).

Relationships Australia gratefully acknowledges the assistance of A. Poulsen, Australian National University in drafting the questions for April’s online survey.

Smith, A. B., Gollop, M. M., Taylor, N. J., & Marshall, K. A. (2004). The discipline and guidance of children: A summary of research. Dunedin, NZ: Children’s Issues Centre, University of Otago and the Office of the Children’s Commissioner.