Demographic and social changes over the past century that have impacted on the institution of marriage have fuelled a range of competing views on the relevance of marriage to a modern Australian society.

Pivotal changes have included declining marriage rates and increasing divorce rates, increases in the number of children born outside marriage, and more recently an expansion of the definition of marriage to include same-sex couples.  Delays in the age of first marriage have also been observed, largely driven by increasing opportunities for women to pursue education and career goals, and achieve independent financial security, coupled with the introduction of the contraceptive pill.  The ability to reliably control fertility led to an increase in cohabitation and an associated weakening of the social stigma attached to a broader range of partnering choices and societal tolerance to the bearing children out of wedlock (Carmichael, 1995; McDonald, 1995).

However, despite these changes negatively impacting the overall proportion of couples who are married, the majority of young, unmarried Australians strongly express a preference for marriage, overwhelming indicating a desire to form stable and nurturing relationships, and raise children in happy, stable family settings (Qu & Soriano, 2004). Previous research has attempted to unpack this paradox by dividing people into attitudinal groups, finding broad variation within young adults in beliefs about marriage, especially in the dimensions of religious views of marriage, and readiness for marriage (Kay, 2012). Young people who were more likely to view marriage as important, and/or have a religious view of the meaning of marriage (“Marriage involves a covenant with God, not just a legal contract”) were more likely to have a positive attitude towards marriage.

The April 2019 monthly online survey sought to explore the views of an older cohort of predominantly mid-aged visitors to the Relationships Australia website by asking them a few questions about the relevance, benefits and difficulties associated with modern marriage.

As for previous surveys, the demographic profile of survey respondents remains consistent with our experience of the groups of people that commonly access the Relationships Australia website, noting a slight increase in the proportion of mid-aged women respondents when compared to previous surveys. 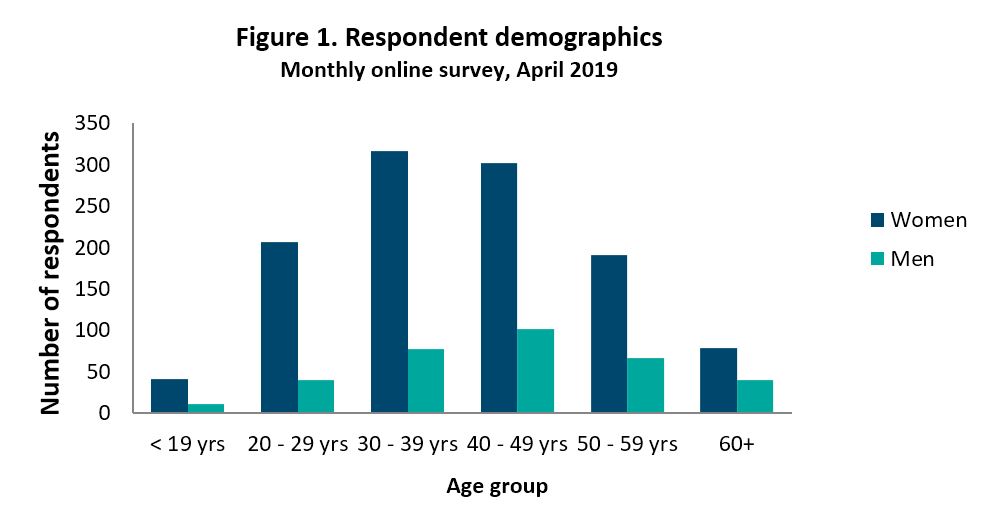 There were significant differences between the views of male and female survey respondents when asked about the contemporary relevance of marriage.  Just under two-thirds of women (59%) compared with half of men (49%) reported that they considered marriage to be less relevant now than it was in the past.  Thirty‑five per cent of women and 45 per cent of men reported that they thought marriage still had contemporary relevance.

Consistent with the large proportion of survey respondents reporting that marriage has lost its contemporary relevance, a substantial majority of male and female survey respondents (75%) considered people were less committed to the idea of marriage than they were in the past.  More than 65% of women and 45% of men reported that they considered married people were not happier than people in other types of relationships.

While men and women reported differing views on a number of survey questions relating to the contemporary relevance of marriage, a majority (55%) of both men and women agreed with the proposition that being married is more difficult than it was in the past, while around one-sixth (12%) were undecided.