Family relationship problems can lead to increased social isolation and reduced wellbeing at any time, but conflict may be exacerbated by family and societal rituals and expectations relating to Christmas.  Research commissioned by the Salvation Army, for example, found more than two million people experiencing social isolation at Christmas, with one in four Australian adults experiencing anxiety and three million suffering depression (Salvation Army, 2018).

Social isolation has been associated with a range of other poor mental, physical and socio‑economic outcomes, including low self-esteem, suicide, heart disease and poor physical health, with the impact of social isolation estimated to be equivalent to smoking 15 cigarettes a day (Valtorta, 2016).  Associations between poor family relationships, poor wellbeing and nationally celebrated events and holidays are increasingly gaining interest from policy-makers who seek to identify and respond to the risks of increased vulnerability.

Relationships Australia’s December 2018 online survey sought to further understand family relationship stress and social isolation being experienced by visitors to our website during the Christmas period. 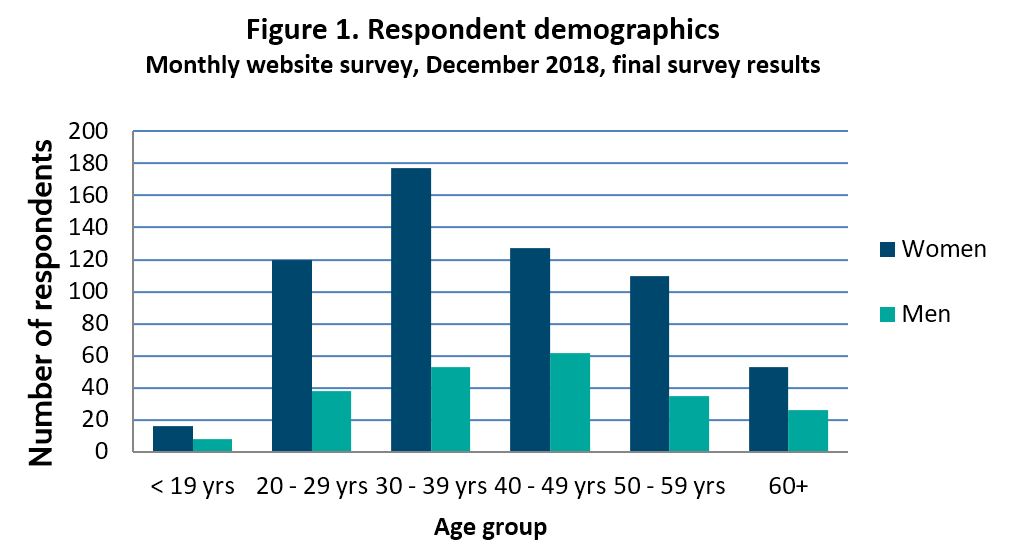 There were no significant differences in the reports of men and women when they were asked about their experience of social isolation over the Christmas period.

More than one-quarter of survey respondents reported they often felt left out or isolated over the Christmas period, while a further 34 per cent reported they sometimes felt left out or isolated.  One-fifth of survey respondents often felt unable to reach out to people around them (19%) or had no one to talk to (15%), while a further one-third (34%) of respondents sometimes had no one to reach out or talk to over the Christmas period. 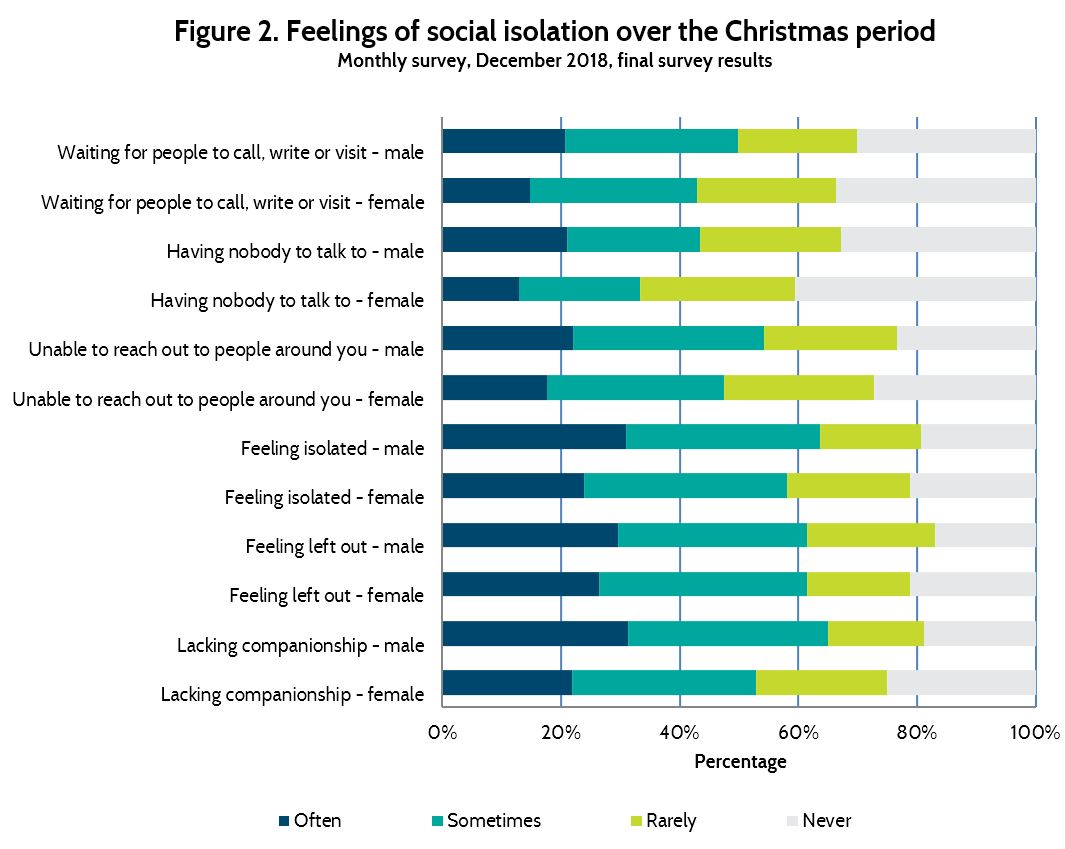