Particular factors have been found to be associated with increased community participation, including cultural background, socio-economic status, gender and age.  Structural and organisational factors have also been identified, including ease of access, transport, availability, cost, location, engagement with local stakeholders, and the quality and safety of facilities.

The community participation questions selected for February’s online survey were adapted from the Household Income and Labour Dynamics Survey of Australia. 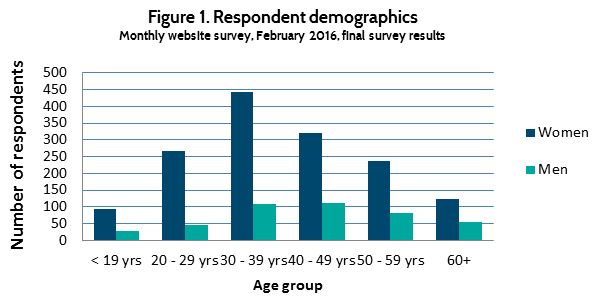 Men and women reported similar levels of participation for the two activities identified by the survey questions (Figure 2).  Just under two-thirds of men and women reported that they never, rarely or only occasionally attended events or meeting that bring people together, and a similar proportion reported that they never, rarely or only occasionally chatted with their neighbours.  Around one-fifth of survey respondents reported that they often or very often attended events or meetings that bring people together, or chatted with their neighbours, similar to reports from the February 2015 monthly survey on aspects of community participation. 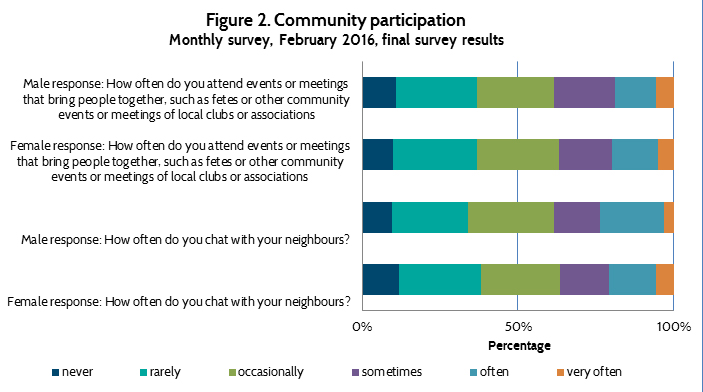 Survey responses revealed a strong relationship between social participation and whether people identified with their local community/neighbourhood, felt it was safe, and had good local parks and facilities.  For example, people who were more likely to report a strong sense of identity with their local community or neighbourhood were also more likely to report that they often or very often chatted with their neighbours (Figure 3). 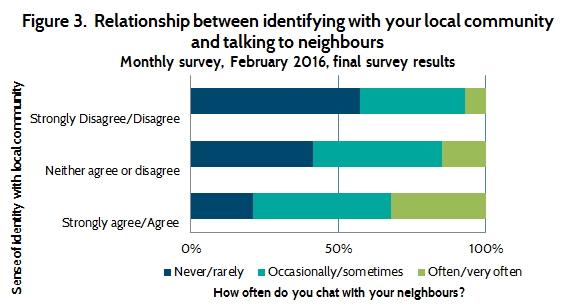 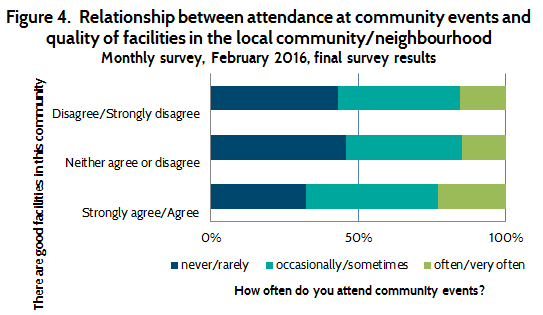