While Valentine’s day is not a national holiday in Australia or overseas, many countries recognise the day as a significant cultural, religious, and commercial celebration of love, with many modern families celebrating Valentine’s day with the exchange of gifts.  In the U.S, for example, more than half of Americans participate in the rituals of Valentine’s day, while in the United Kingdom is it estimated that 1 in 3 adults participate.  In a poll conducted in 2016, customary gifts associated with Valentine’s day included chocolates, alcohol, flowers and cards, while common activities cited by couples celebrating Valentine’s Day included a meal in a restaurant (51%), a romantic night in (32%) or a night out at the cinema (7%).

While many people support the celebration of Valentine’s day, conflict may occur if there are differences in the expectations of partners in relation to celebrating national holidays and events, such as Valentine’s day.  In one Australian survey, more than half of survey respondents thought Valentine’s day was important in long-term relationships; however, research suggests that people’s interest in observing Valentine’s Day wanes as they age and reduces as the length of their relationship increases.  Couples who had been married less than five years consistently spend the most on Valentine’s Day activities and gifts.

Notwithstanding, there appears to be a high proportion of Australian couples who value the cultural rituals that have evolved alongside Valentine’s day.  Relationships Australia’s Valentine’s day monthly online survey asked visitors to our website a few questions about their views of the importance of Valentine’s day in their personal partner relationships. 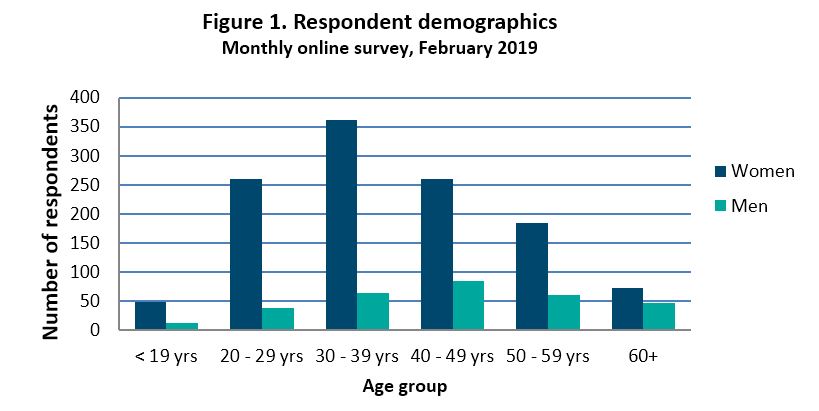 The majority of men and women reported that they agreed with their partner’s view about whether or not they celebrated Valentine’s day (figure 3).  Fewer than 20 per cent of women and 15 per cent of men did not feel the same way about celebrating Valentine’s day as their current or most recent partner. 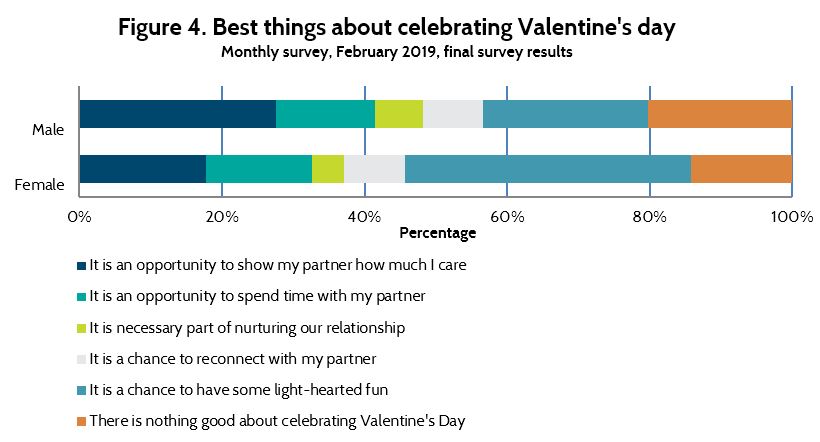 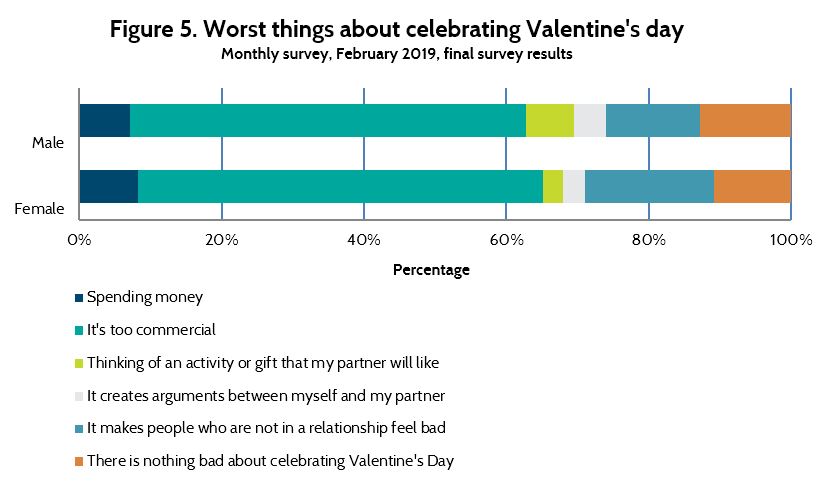 The cost of love: Australians tipped to splash half a billion dollars this Valentine’s Day https://www.news.com.au/finance/money/costs/the-cost-of-love-australians-tipped-to-splash-half-a-billion-dollars-this-valentines-day/news-story/06d0611cb0db83f27168365c4e912b94