According to the Australian Bureau of Statistics, a person is considered homeless if their current living arrangement, is in a dwelling that is inadequate or has no tenure, or if their initial tenure is short and not extendable ordoes not allow them to have control of, and access to space for social relations.

According to the Australian Bureau of Statistics, a person is considered homeless if their current living arrangement:

According to the 2011 Census, most commonly homeless people live in severely overcrowded houses or access supported accommodation.  They may also stay in improvised dwellings, tents or ‘sleep rough’.

A number of national studies inform our view of the causes of homelessness.  Specialist homelessness services report, for example, the main reasons people give for accessing services as: family violence (25%), financial difficulties (15%), housing crisis/affordability (18%), inadequate or inappropriate dwellings (10%) and relationship or family breakdown (6%).  However, a person’s experience of homelessness is often the result of a complex interaction between a number of social, economic and demographic factors.

Homelessness research consistently shows biased and inaccurate perceptions and attitudes towards homelessness.   Studies often identify an incorrect view held by many Australians that the main drivers of homelessness are personal, such as drug and alcohol problems, and the most common demographic group experiencing homelessness is young males.  In a recent survey conducted by Homelessness Australia, 64 per cent of respondents thought the main way a person could ‘get out of homelessness’ was to ‘get a job’.  This response fails to recognise the  multiple barriers (health and mental health issues, experience of family violence, lack of education, poverty, intergenerational disadvantage or substance abuse) many people face in exiting homelessness.

More than 1970 people responded to the Relationships Australia online survey in July.  Almost four-fifths of survey respondents (81%) identified as female.

As was the case for last month’s survey, more females than males responded in every age group (Figure 1).  More than eighty-five per cent of survey respondents were aged between 20‑59 years, with the highest number of responses collected for women aged between 30-39 years (inclusive). 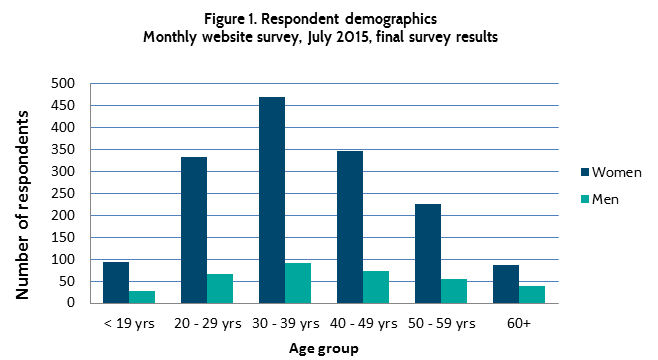 Survey participants were asked who they thought were the most likely group to be homeless (figure 2). 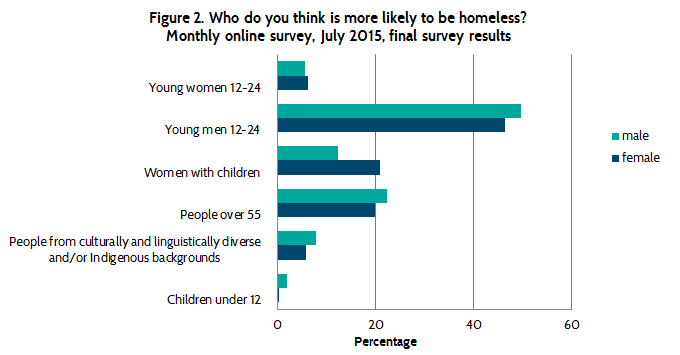 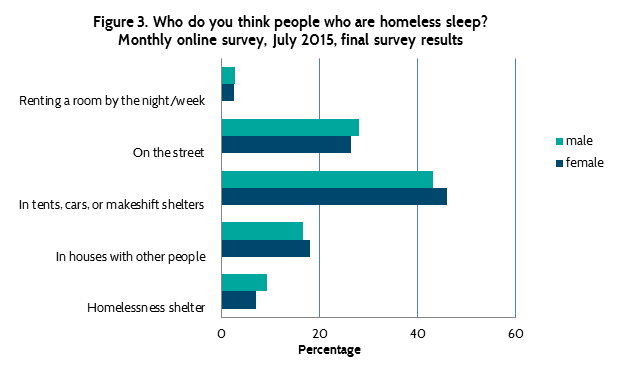 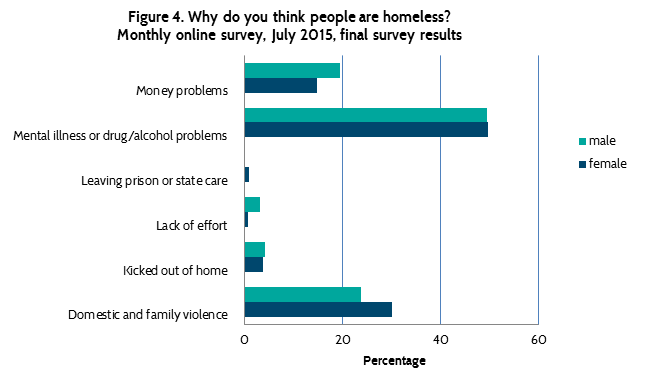 Survey respondents were most likely to report that they thought governments (55%) or the local community (32%) were responsible for solving homeless (figure 5).  Similar to the results of previous surveys on the public perceptions of homelessness, visitors to our website appeared to recognise that government and community responses are needed to solve large social issues such as homelessness. 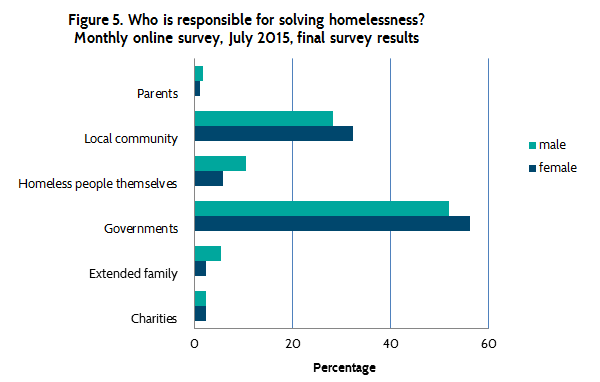 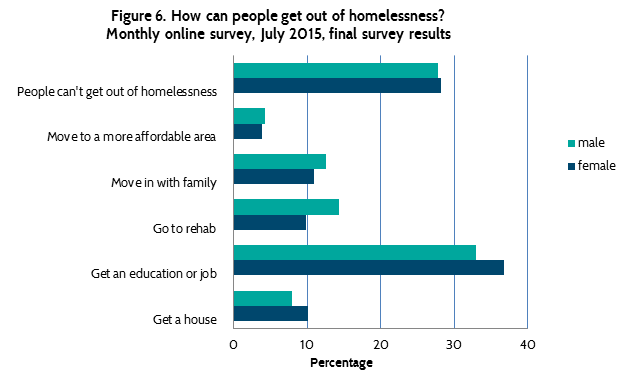 Relationships Australia would like to acknowledge the assistance of Homelessness Australia in developing the questions for July’s monthly survey.