The term ‘mental health’ refers to the state of being cognitively, emotionally and socially healthy (World Health Organization, 2017). Mental health conditions, such as anxiety and depression, can arise at any age or life stage. It is estimated that 45 per cent of Australians will experience a mental health condition in their lifetime (Australian Bureau of Statistics, 2008), with these conditions impacting on day-to-day functioning, relationships, and our physical health. The status of our mental health and wellbeing can change over time, and we must be able to recognise and respond to signs of mental ill-health or mental health conditions in ourselves and others.

The signs of mental ill-health may include: feeling consistently anxious or worried, feeling down and disengaging with normal activities, dramatic changes in mood, sleep problems, weight or appetite changes, becoming quiet or withdrawn, substance abuse, feeling guilty or worthless, and others (Health Direct Australia). However, these signs can sometimes be difficult to spot, whether in ourselves or in our family, friends and colleagues.

Accessing support for mental health conditions can be vital to their ongoing management. Treatment can be delivered in person, such as with a general practitioner or mental health professional, or increasingly, via online platforms such as mobile apps, and internet-based courses and counselling services. 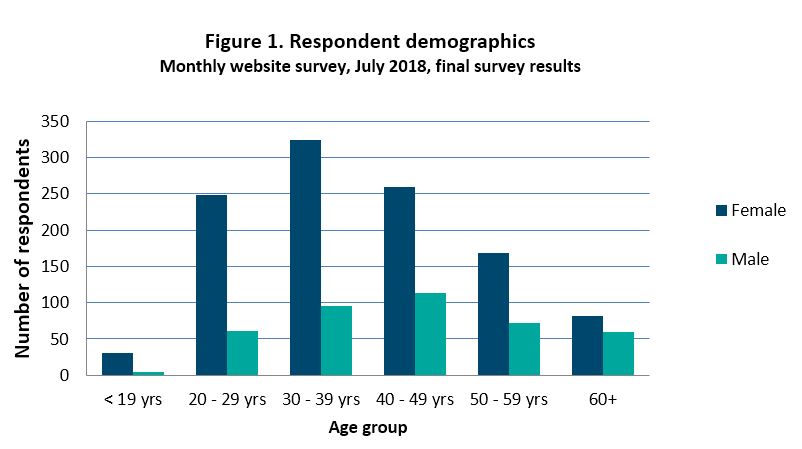 The majority of both men (87%) and women (93%) reported that they were always or sometimes able to recognise if others around them, such as family members or their partner, were suffering mental ill-health (Figure 3). 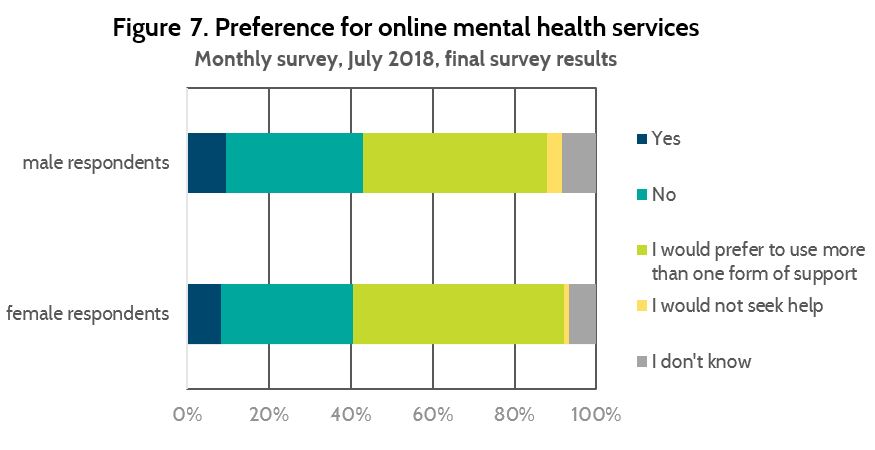 Where to get help

Despite increased awareness of mental health issues in the community, suicide is the leading cause of death for young people aged 15-24 years in Australia.

According to Suicide Prevention Australia, suicidal thoughts and behaviour are connected to a range of social, personal and contextual risk factors, such as socio-economic disadvantage, bullying and social exclusion, sexual identity and childhood adversity. Young people may think about suicide because of difficult things that may have happened in their past, things currently going on in their lives that they may be having trouble coping with, how connected and supported they feel, and how they feel in terms of their self-worth and life outlook.  Mental health conditions such as depression or anxiety and stressful life events like exams or going through a relationship breakup can also contribute to suicidal thoughts in young people.

Below are some ideas and contact details for services that may help you if you, or someone you know, are thinking about or has attempted suicide.

If you are feeling unsafe right NOW, call the Police on 000.

If you would like to talk to someone you can contact one or more of the services below.   You don’t have to provide your name or personal details: