Short-term initiatives aimed at improving community understanding and mental health literacy are part of the solution; however, increased understanding is not always associated with a reduction in discriminatory behaviour and stigmatising attitudes.  Evidence suggests that broad, longer term, anti-discrimination and anti-stigma initiatives have more success in reducing the experience of discrimination by people living with poor mental health.

In October, Relationships Australia’s online survey sought further understanding of mental health stigma by posing a few questions to visitors to our website.

More than 2600 people responded to the Relationships Australia online survey in October.  Around four‑fifths of survey respondents (81%) identified as female.

As was the case for last month’s survey, more females than males responded in every age group (figure 1).  More than eighty-five per cent of survey respondents were aged between 20‑59 years, with the highest number of responses collected for women aged between 30-39 years (inclusive). 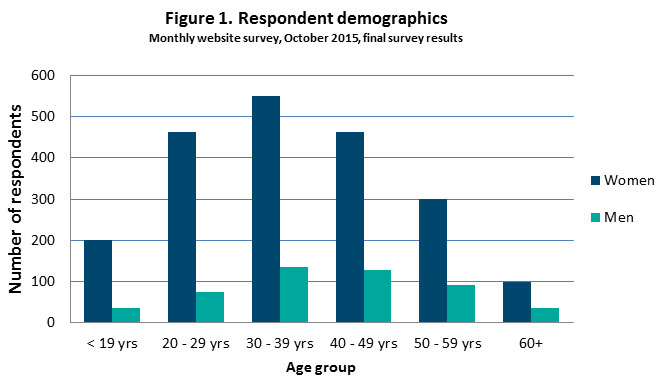 The demographic profile of survey respondents remains consistent with our experience of the people that would be accessing the Relationships Australia website. 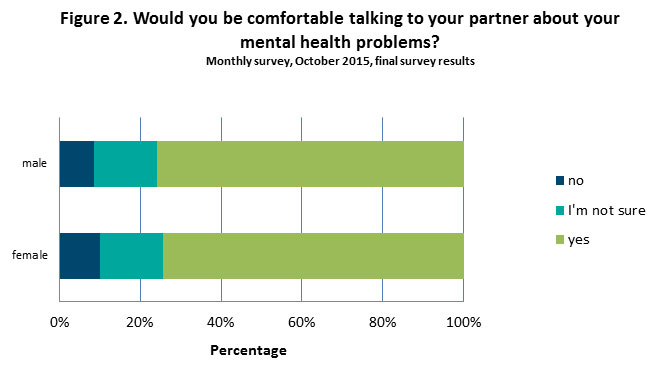 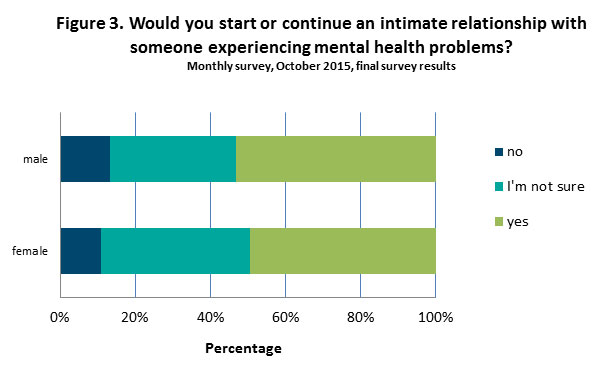 Not surprisingly, men and women who were married or living in a relationship with someone were more likely to report that they would be comfortable talking to their partner about their mental health problems that people who reported they were single or divorced/separated. 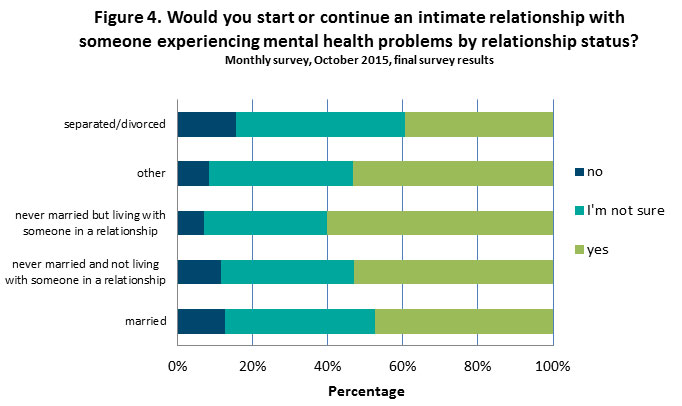