September 2018: Hearing the voices of children in family disputes

From its commencement, the Family Law Act 1975 has sought to promote the best interests of children. The Actfocuses on the rights of children and the responsibilities that each parent has towards their children, rather than on parental rights, with the aim of ensuring children can enjoy a meaningful relationship with each of their parents, and are protected from harm.  The family law system helps people resolve the legal aspects of family relationship issues, including family relationship breakdown, and encourages people to agree on arrangements without going to court.

However, despite its focus on children’s interests, experts and scholar have argued that the family law system has not always been good at finding the safest and most effective ways of hearing children’s voices (see for example, Kaspiew et. al. 2014).  In 2017, the Australian Government announced its intention to direct the Australian Law Reform Commission (ALRC) to “conduct the first comprehensive review into the family law system since the commencement of the Family Law Act in 1976, with a view to making necessary reforms to ensure the family law system meets the contemporary needs of families and effectively addresses family violence and child abuse” (ALRC, 2017).  One of the terms of reference is for the ALRC to consider the paramount importance of protecting the needs of the children of separating families.

With a view to understanding the contemporary opinions of visitors to our website, the focus of Relationships Australia’s September 2018 online survey was on capturing the voices of children in family disputes.

Around 950 people responded to the Relationships Australia monthly online survey in September 2018.  More than three-quarters (76%) of respondents identified as female, with more female than male respondents in every age group (see Figure 1 below). Just under 85 per cent of respondents were aged between 20-59 years, and more than half (52%) comprised women aged 20-49 years. As for previous surveys, the demographic profile of survey respondents remains consistent with our experience of the groups of people that would be accessing the Relationships Australia website.

A substantial majority of survey respondents reported that they (women – 92%; men – 88%) believed children should have a right to express their own views and opinions in family disputes. 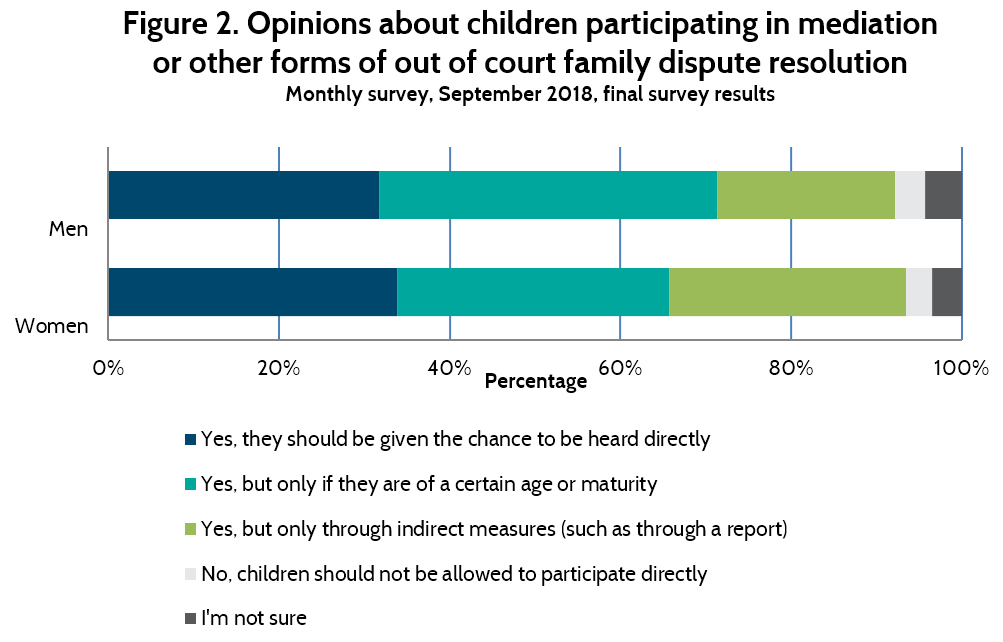 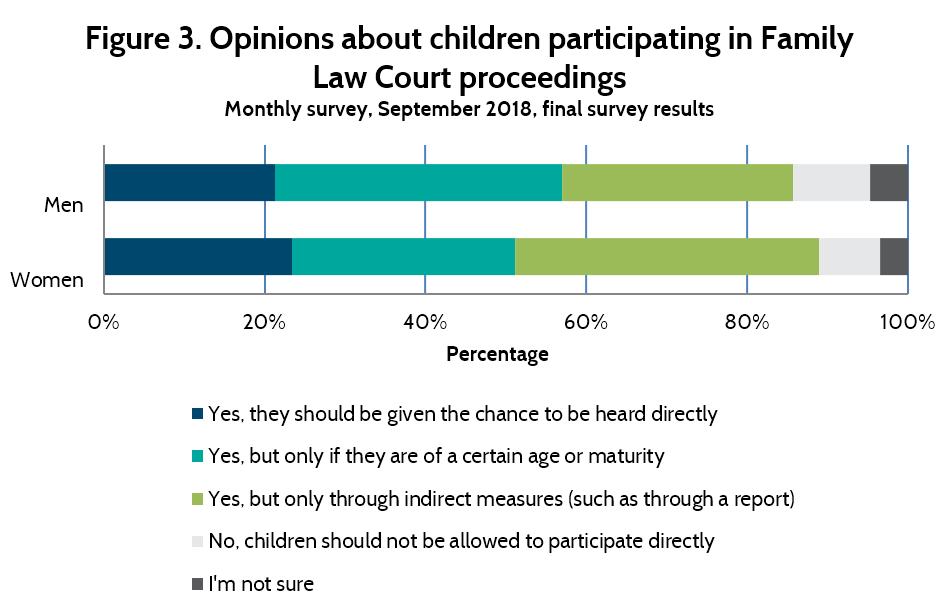 Table 1. Reports on the desired qualifications and skills of people working with children in family disputes.

*respondents may have chosen more than one qualification/skill