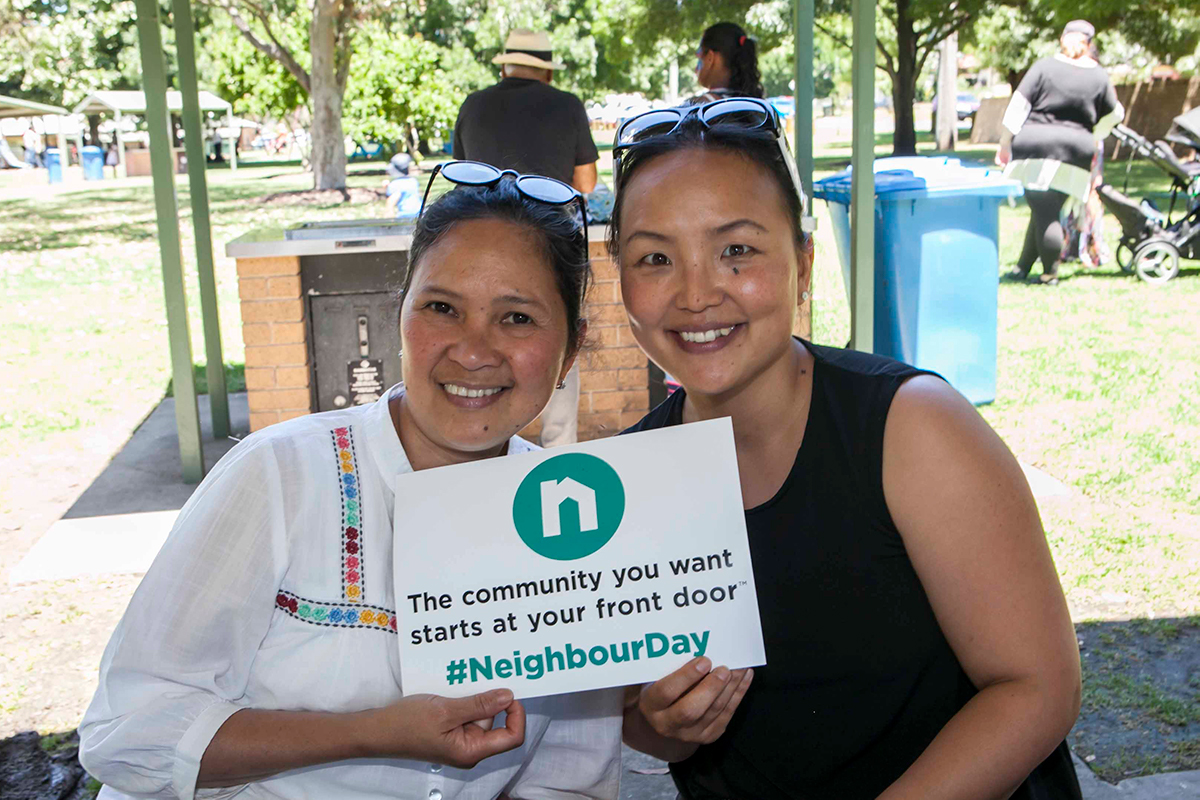 Throughout the pandemic, the importance of social relationships with one’s neighbours and community has been discussed at length, as people begin to recognise the vital role these relationships play in community health and wellbeing. Neighbour Day, Relationships Australia’s social connection campaign, has been championing this message since 2014.*

Given this history, Relationships Australia is pleased to announce that new research conducted in collaboration with the Australian National University has been published demonstrating that involvement in Neighbour Day leads to a tangible and sustained reduction in loneliness.

Longitudinal research published in Social Science and Medicine confirms that six months after hosting a Neighbour Day event, hosts continue to report a significant increase in their neighbourhood social identification. Social identification is a person’s sense of who they are, based on their group membership. Neighbour Day uses a variety of resources and practical information to encourage and support people to connect with their neighbours and community – a vital source of social interaction and support. This increased neighbourhood identification leads to greater social cohesion, improved wellbeing and reduced loneliness.

These findings provide exciting new evidence that improving neighbourhood identification is an effective way to address loneliness in Australia. Loneliness is often understood as an individual issue. Risk factors are often calculated by a person’s demographic characteristics, such as their relationship status, gender identity or age. While these factors certainly have an impact on a person’s experiences of loneliness, this research suggests that neighbourhood identification should also be considered when designing interventions and support services. Our findings suggest that primary prevention tools such as Neighbour Day can target individual-level neighbourhood identification, which in turn, supports people to overcome barriers to social connection. This has benefits for individuals, by reducing loneliness and enhancing wellbeing, and communities, by strengthening social cohesion.

During the pandemic, there were many examples of an increased desire to know one’s neighbours, with some reports suggesting that these new connections helped support people through lockdowns. Our research provides evidence for these experiences, demonstrating that neighbourhood identification is related to positive community outcomes. While the increased sense of connection among neighbourhoods and communities during the pandemic was important, focus now needs to turn to how we can support the sustainability of these relationships into the future. Whole-of-community interventions such as Neighbour Day are an excellent example of this. Evaluations of Neighbour Day 2020 found that 99% of people engaged with their neighbours in tangible ways since the event and 85% said that after participating, they had stronger relationships with their neighbours.

If you would like to read the research paper, please follow this link, which will provide you with 50 days’ free access to the article, available until June 04, 2021.

* Relationships Australia has been the home of Neighbour Day since January 2014. Prior to this, Neighbour Day was founded and promoted by Andrew Heslop, a community activist, social commentator and well known Australian.